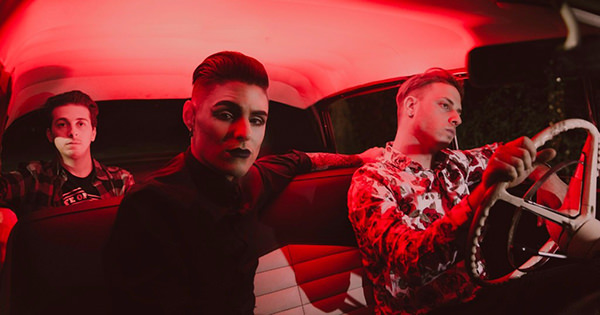 photo by Ellie Mitchell
Official press release: New Jersey hardcore act Old Wounds have reunited with former singer Kevin Iavaroni and have released a new song/music video for a brand new single titled "Only Your Enemies Leave Roses" exclusively via Alternative Press. "'Only Your Enemies Leave Roses' will be the first song in this new chapter of our band," says Iavaroni. "A bit of heaviness with a melodic groove, I truly think this embodies the sound of our band and how we intend to grow. Enjoy XO" The video debut is being released alongside a featured Q&A with Alternative Press where Kevin dives deeper into the thought process behind his return and the band's new direction. The video was directed by The Widow Brothers (Eighteen Visions, Motionless In White). The song was recorded, mixed and mastered by Andreas Magnusson at Audio Verite in Richmond VA. Old Wounds has a handful of tour dates through 2018, most notably at Starland Ballroom in New Jersey, where Kevin will take the stage for the first time since rejoining the band.