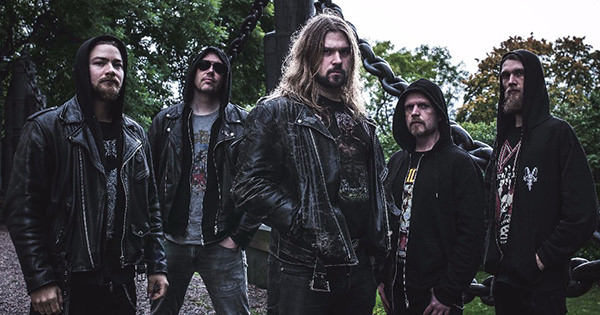 Official press release: Finland's death doom overlords Hooded Menace have revealed information about their forthcoming new album titled Ossuarium Silhouettes Unhallowed. The highly anticipated new album, their fifth full-length, will be released worldwide on Jan. 26. 2018. Pre-orders are available now. Their most ominous, dark, and mature album to date, Ossuarium Silhouettes Unhallowed sees Hooded Menace expertly weave dreary funereal atmospheres with dark melody, which only adds to emotional gravitas of what is sure to be one of the heaviest albums of 2018. Hooded are streaming the first new track off Ossuarium Silhouettes Unhallowed. The track, crushing, visceral journey titled "Charnel Reflections" is streaming now at Decibel Magazine. Regarding the new track and album, Hooded Menace mastermind Lasse Pyykkö comments: "Initially we had decided not to reveal the horror movie sources behind the lyrics on our new album; to avoid any preconception for the listener, and because none of the lyrics are directly based on any movies but just inspired by movies – a big difference right there. BUT, for the sake of the approaching Halloween, let's make an exception to our rule and expose the movie that inspired the lyrics of 'Charnel Reflections': it's 'Demons of the Mind' from 1972. The lyrics are very much a flow of consciousness, quite surreal and metaphorical. The movie is just a starting point – an inspiration, so to speak. I guess the underlying lyrical theme is madness. I particularly like how the music glides from one mood to another with a smooth, determined flow to it – it's calm and also savage – and I think, this reflects the lyrics rather nicely. This track is my new favourite in the Hooded Menace catalogue, which is rather cool thing considering that we've already reached our fifth album. Hooded Menace has always been all about memorable tunes, but I feel that we have fine-tuned our approach on 'Charnel Reflections' – as well as on our entire new album." The album art, painted by Adam Burke (Solstafir, Artificial Brain) and track list for Ossuarium Silhouettes Unhallowed can be found below: Track listing: 1. Sempiternal Grotesqueries 2. In Eerie Deliverance 3. Cathedral of Labyrinthine Darkness 4. Cascade of Ashes 5. Charnel Reflections 6. Black Moss 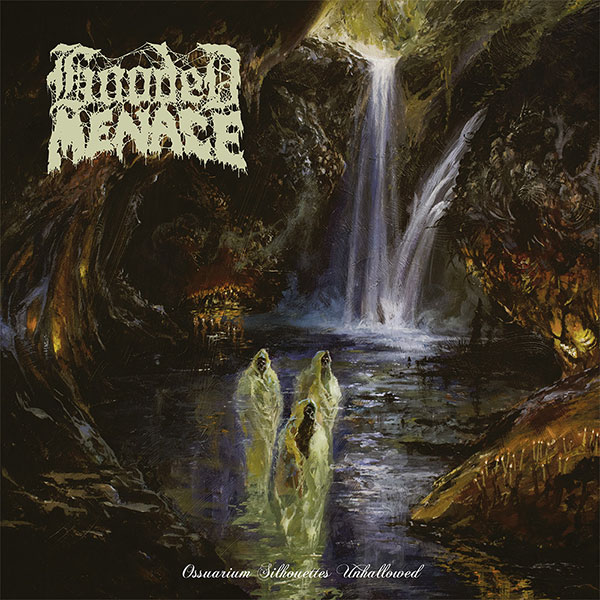