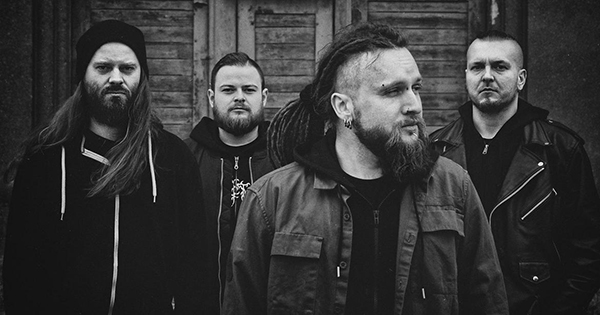 photo by Colin Mulvany/The Spokesman-Review via AP
All four members of Polish metal band Decapitated pleaded not guilty to charges of kidnapping and rape today (October 24) in Spokane, Washington, according to a report at KOMO News. Decapitated members Rafal Piotrowski, Hubert Wiecek, Waclaw Kieltyka, and Michal Lysejko entered their plea before the judge in English, each wearing a yellow jumpsuit and handcuffed. The members of the band have been jailed since September when they were arrested on suspicion of kidnapping (and ultimately raping) a woman on their tour bus following a concert in Spokane. Bail is currently set at $100,000 each. A trial date has been scheduled for December 18, however, Spokane County Superior Court Judge Annette Plese said that the date would likely be pushed back to early 2018.