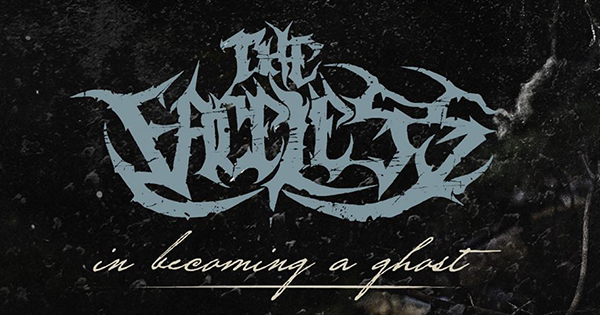 Los Angeles, California technical/progressive death metal outfit The Faceless will soon release their first new album in five years. The outing has been titled In Becoming A Ghost and will hit streets on December 1 through Sumerian Records. The band will unveil a new song on Halloween. Here is the track listing: 01. In Becoming A Ghost 02. Digging The Grave 03. Black Star 04. Cup Of Mephistopheles 05. The Spiraling Void 06. Shake The Disease 07. I Am 08. Ghost Reprise 09. (Instru)mental Illness 10. The Terminal Breath

nobody asked for this

I can't wait to hear Michael Keene suck his own dck on this album.

Cancelling a tour near you!

If these guys get faces willthe finally stop playing music?

I'm a Faceless fan, and I don't even know if I want this.

Sad day when I come to no care ever all over a group I used to love and have been beaten to the punch 13 times already. Fck off, Michael Keene. Your potential and prime lineups are long, long gone.

Beatdowncore 'jon' such a try hard poser. Hit me with that L gay.

Planetary Duality without the clean vocals and more varied riffs, please. If not then fck off.

Is it going to be another rip off of Opeth?

"When did this site become a haven for a bunch of 4chan dwelling neckbearded shitheads" I feel like it's happened gradually since anonymous posting was allowed. Not surprising considering everyone on 4chan is a fat coward.

On another note, (Instru)mental Illness = classic Keane thinking he's more clever than he is, The Faceless jokes write themselves at this point

implying lambgoat comments were ever good and not constant shitposting

Tough guys who whine about anonymous posters who are also anonymous sure are tough guys. Eat a dck, listen to better music and try to be a beacon of light and positivity somewhere else. This isn't the place for it.

Chason must be real sad by now - kicked out of faceless AND whitechapel. The bew WC fill in drummer does a way better job anyways - thats what ya get when you stink and you date a tranny.

I haven't listened to these guys since 2006's Akeldama. I just checked out the first track from their last album and HOLY BALLS what happened?! This is god awful augghhhhh I have hearing AIDS now

"Poop finger" See we need more of this

Ken you are one stinky motherfcking piece of shit

"Chanson must be real sad by now - kicked out of faceless AND whitechapel. The bew WC fill in drummer does a way better job anyways - thats what ya get when you stink and you date a tranny." lol you have to be some kind of tough guy meathead to care if he dates a tranny. that has no relation to his (lack of) drumming ability

He's obviously not too proud of it.. all social media is private or disappeared

If you dislike 4chan, you are a little bitch of a man. Fact. Lambgoat is not your safe place, fck off with your shit opinions.

Alex wade told chason to go get a job lol

Chason's girlfriend is a tranny?