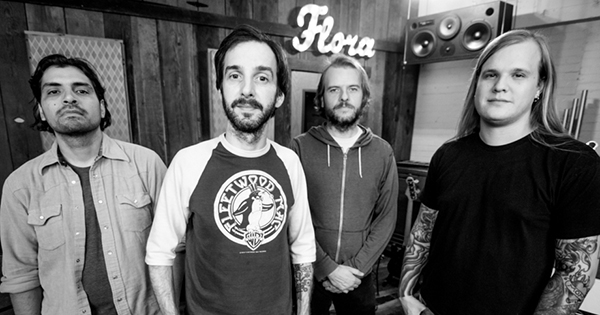 Official press release: Following a successful two year period that saw The Sword release their fifth studio album, High Country, followed by the acoustic album Low Country and the live album Greetings From..., along with extensive worldwide touring; the band has commenced recording for their new studio album entitled Used Future. The album is being produced by Tucker Martine (My Morning Jacket, The Decemberists, Modest Mouse) at Flora Recording and Playback in Portland, Oregon. Recording will be completed in early November with an early 2018 release date. As always, the band will support the release with a worldwide tour. Tour plans will be announced shortly.