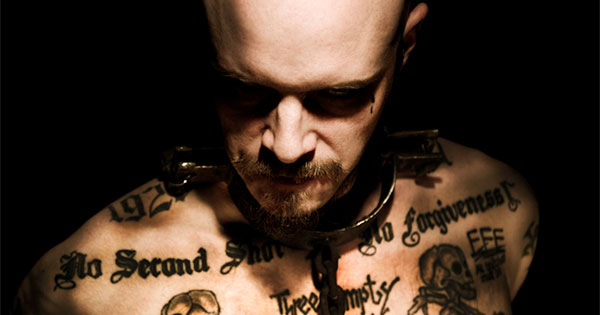 Official press release: Controversial Swedish metal band Shining have unveiled details behind the release of their forthcoming tenth studio album. The new album is titled X - Varg Utan Flock (which translates to 'Wolf Without a Pack',) and will be released worldwide on January 5, 2018. Shining are streaming the first track off X - Varg Utan Flock. A vitriolic take on extreme metal, the track titled "Jag Är Din Fiende" (which translates to "I Am Your Enemy") is streaming here: Regarding the new track, Shining mastermind Niklas Kvarforth comments "The third track, 'Jag Är Din Fiende', from our upcoming tenth album embodies everything that Shining represents on a musical level. An uncompromising mix of high and low tainted with a sinister atmosphere of horrible unease. Lyrically, this track speaks of the need and means for retribution, making not only this, but the album overall, infused with a nightmarish maliciousness and a pitch-black hatred that hasn't been as prominent on our earlier albums. There is a war coming and this is our statement on what we have in store for you!" Shining's new track "Jag Är Din Fiende" will also be released as the A-side of a new 10" EP titled Fiende. The EP is slated for release on November 24th. The B-side contains an acoustic cover version of "No Rest For The Wicked" (The Coffinshakers).