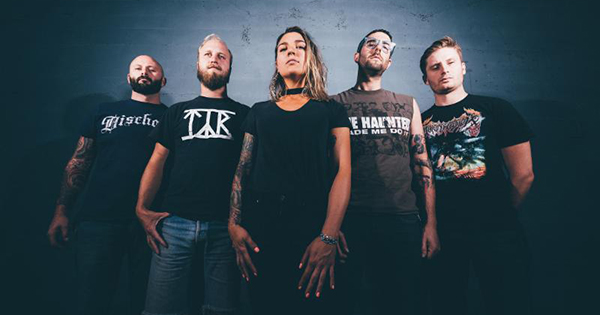 photo by Kyle Camarillo
San Francisco-based Light This City, who originally broke up in 2008, has announced the band's recent reactivation, with plans to soon record their first LP in a decade. Light This City will enter Castle Ultimate Studios with Zack Ohren to record their fifth full-length LP in December. Vocalist Laura Nichol comments: "Performing and writing with Light This City has never stopped being fun. Now that I have the perspective from a guitarist/vocalist standpoint, I love to be able to switch it up and engage an audience with the freedom of only my voice, words, and a microphone in my hand. The personality that Light This City's music and influences draw out of me is something that I really enjoy exploring and embodying. While Heartsounds feels like an exhilarating challenge every time I step onstage, when I'm in front of an audience with Light This City, I always feel at home. I don't know if I could have both of those feelings with one band, but luckily, I have two to round it out!" Drummer Ben Murray explains, "I think I can speak for all five of us when I say that we couldn't me more excited to resurrect Light This City, finish this upcoming fifth album of ours, and get back out there to shred some new and old songs for all ya' headbangers out there! We are eight tracks into this record and it tops anything we've ever released, by far. Thank you for waiting ten years; we'll see you all soon!" Murray's own Creator-Destructor Records will be releasing the album in March of 2018; stand by for further updates to be released in the coming months.