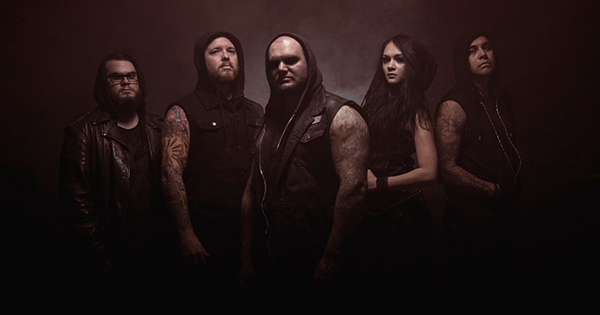 Los Angeles metal titans Winds Of Plague have debuted an all new music video today for their brand new track "Never Alone." Directed by Orie McGinness and premiering exclusively through Loudwire, this is the first bit of music we're hearing from the band from their upcoming LP. "Never Alone was actually one of the first songs written for this record and immediately became the balance point for the remaining songs that were to be written," says vocalist Johnny Plague. "It's not the heaviest song of the record and it isn't the most melodic song of the record. I wanted this to be the first taste of the new album because I feel it best represents the new music showcasing both the dark symphonic arrangements and the vast range of vocal styles used on the record." "I have always used WOP music videos as an opportunity to create cinematic shorts. Never Alone is no different. We partnered with Enlighten Creative Studio's to tell the story of a misunderstood woman who has harnessed her inner demons to her advantage. I design and produce haunted attractions for my career so it's always fun when I can bring my two worlds together to create these videos." Winds Of Plague will release Blood Of My Enemy via Entertainment One Music (eOne) / Good Fight Music on October 27, 2018. The all new effort will be the follow up to the widely celebrated Resistance LP released in 2013. Johnny continues, "Over a year ago I started making weekly trips up to a small apartment in North Hollywood on my days off to work on music for WOP with Noah Sebastian from Bad Omens. It was strange at first since past WOP records were worked on in larger recording studio's or rehearsal spaces and now here I am sitting on the floor of this bedroom working on record number six." "Never Alone" is available as an iTunes instant gratification track. Fans who pre order the LP on iTunes will get the track as an instant download. "Never Alone" is also available on all streaming platforms starting today. Johnny continues, "Although it was different and humbling it proved to be the unedited creative environment we needed for this record. We had no time limits, no 'suits' giving their input. It was just a few friends sitting in a room together, having a good time creating music. Something I haven't been able to experience in a very long time. Sometimes to move forward you have to take a few steps back. I can confidently say this is the most satisfied I have been with a WOP record. I feel producer's Noah Sebastian and Joakim Karlsson have helped us to further develop our unique approach to symphonic deathcore with distinct epic orchestral backed chorus's walking the fine line of brutal and melodic." Additionally, the band teamed up with artist Pär Olofsson to create the stunning cover art seen below. "'Blood Of My Enemy' takes us back to the iconic samurai theme. The imagery is inspired by a lyric from the title track 'I will give my life on the battlefield, drowning in the blood of my enemy' Which represents to me a 'I will fight to the end' state of mind. Pär Olofsson brilliantly portrays the aftermath of an epic war showing an almost celestial spark of life amongst the carnage." Winds Of Plague is: Johnny Plague / Michael Montoya / Adrienne Cowan / Davey Oberlin / Justin Bock / Art Cruz Blood Of My Enemy track listing: 01. A New Day 02. Nameless Walker 03. Kings Of Carnage 04. Soul Eater 05. From Failure, Comes Clarity 06. Blood Of My Enemy 07. Snakeskin 08. Never Alone 09. 5150 10. Either Way You Lose 11. A Walk Among The Dead 12. Dark Waters 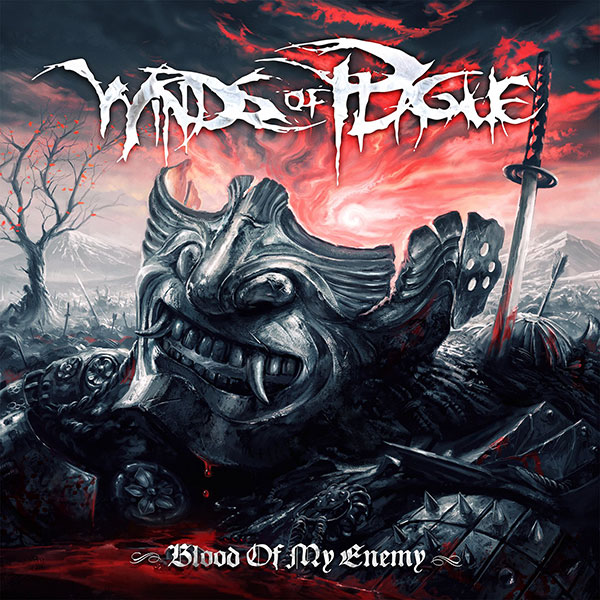