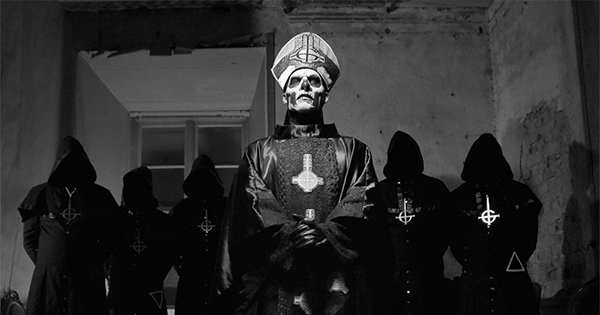 Sweden's Ghost has been in the studio for the past several weeks tracking material for their fourth studio album and according to vocalist and founder Tobias Forge, a tentative spring 2018 release is expected. Speaking at the German edition of the Metal Hammer Awards, held on Friday, September 15, Forge said, "We've been in the studio for about a month now." (Video footage below.) Forge added, "And by the end of the year, if everything goes according to plan — knock, knock — we're gonna have a new album, not out, but we're gonna have a new recorded and mixed and delivered. And hopefully that means that we're gonna have a new album out by April — possibly, hopefully."