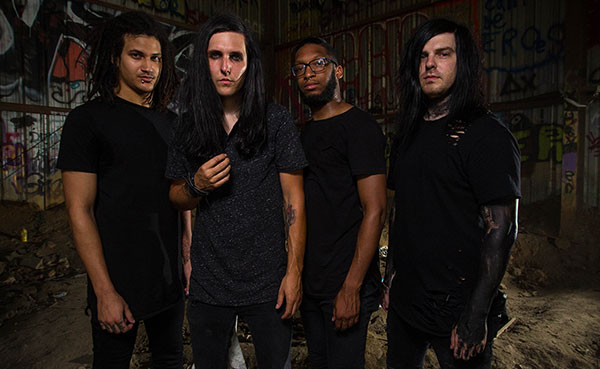 Jacksonville, FL post-metalcore band Phantoms has announced plans to release their second EP this summer. The outing has been titled Screaming On The Inside and will be released on August 11 via Outerloop Records (pre-orders are available here). The lead single from the record can be streamed below. Originally from Baltimore, Maryland and performing under the moniker Camisado, the band quickly progressed within the local scene, ultimately sharing the stage with such acts as Motionless in White, I See Stars, and Our Last Night in addition to winning Vans Warped Tour's Ernie Ball Battle of the Bands. In 2015, as their image and sound continued to develop, the group changed its name to Phantoms. Today, we're exclusively premiering a track from the new EP titled "Stuck." Vocalist Joe Deak says this about the song:
"This song hits home with me because it captures the general feelings and mindset I was going through over the span of writing the album. I was having a lot going on in my life and it seemed like no matter what positive progress I was making, I wasn't getting anywhere. I knew what I was trying to do and the goals I was trying to achieve, but whatever I did wasn't getting me anywhere. At the time it basically felt like I was treading water and barely able to breathe."
For additional information, you can keep up with Phantoms through Facebook.