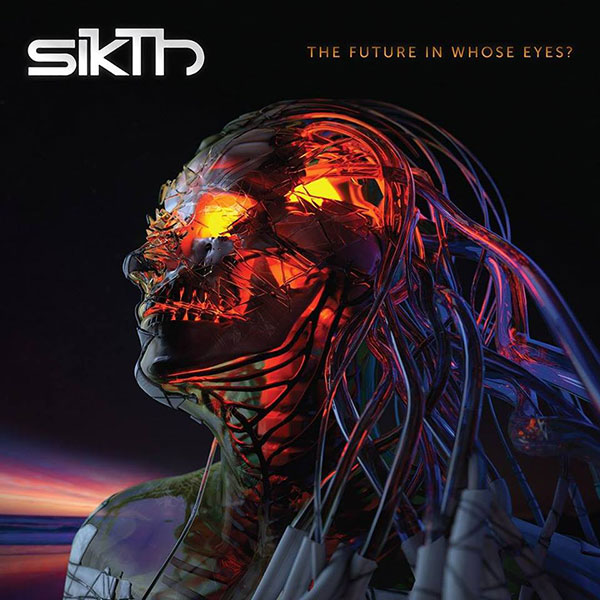 Official press release: SikTh are back. The Watford mathcore sextet that stumbled upon a sound unexplored, who devised their own Morse code of metal that mushroomed into labyrinthine detours and tangents and that ultimately lead to the birth of the djent metal, and whose legacy gave the inspiration for bands like Protest the Hero, TesseracT, Animals As Leaders and Periphery after their hiatus in 2007, are back. They return with what will be one of the finest albums of 2017 in the form of The Future In Whose Eyes? The album is due to be released on June 2 on Millennium Night, the newly-created label imprint from Snapper Music, home of Peaceville Records and Kscope. Ahead of the release, the band premiered a new song "Vivid." Listen below. SikTh vocalist and lyricist Mikee W Goodman explains more about the song, the second track revealed from the hugely anticipated new album, saying, "Lyrically, it is inspired by traumatic dreaming. The verses talk from perspective of being in the actual dream, where the choruses are in despair from an awoken perspective. The song itself has a lot of elements of both tradition and new SikTh."

DEATHCORE IS NOT STOKED BRUH

Had the pleasure of recording with Dan and Justin in London about 10 years ago - great guys. Happy to see them back doing what they love

Release instrumental version, many of us can't handle the numetal vocals.

is this mike tyson's band?

anonymous1 day ago Had the pleasure of recording with Dan and Justin in London about 10 years ago - great guys. Happy to see them back doing what they love permalink | report abuse Justin isn't in the band any more

i'm glad justin is still doing what he loves