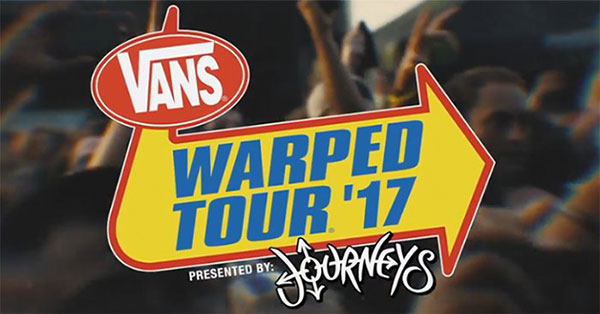 A few weeks ago, rumors surfaced identifying a handful of acts set to appear on Warped Tour 2017. Among those cited were Hatebreed, Gwar, and Beartooth, in addition to Bad Religion, Lagwagon, CKY, and Black Veil Brides. Alternative Press has now revealed that they've "confirmed with a reliable source" that the original leak was only "partially true." Specifically, Hatebreed, Gwar, Beartooth, and CKY will indeed appear on the tour (suggesting that the rest of the named acts will not). The full tour lineup will officially be announced on Wednesday, March 22.