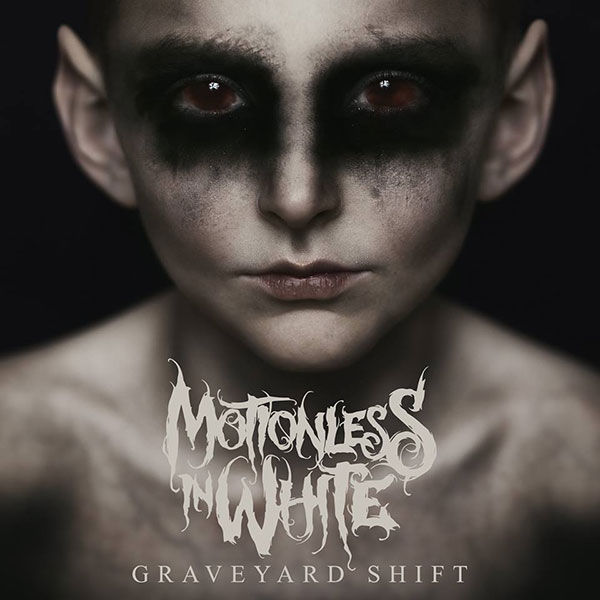 Motionless In White has released the details of their forthcoming album and Roadrunner Records debut, Graveyard Shift. A street date of May 5 has been set for the record, and its cover art and track listing unveiled (see above and below, respectively). The band has also revealed that Korn frontman Jonathan Davis provides guest vocals on the album. In addition to the aforementioned details, Motionless In White has released a video for new track, "Loud (Fuck It)," which you can check out below. Frontman Chris Motionless says of the song, "You need to take all the set backs, take all the pain, take all the fear, and look at yourself in the mirror and say FUCK IT, and make the absolute best out of it." You can read more about his lyrical inspiration here. Graveyard Shift track listing: 01. Rats 02. Queen For Queen 03. Necessary Evil (feat. Jonathan Davis) 04. Soft 05. Untouchable 06. Not My Type: Dead As Fuck 2 07. The Ladder 08. Voices 09. Loud (Fuck It) 10. 570 11. Hourglass 12. Eternally Yours