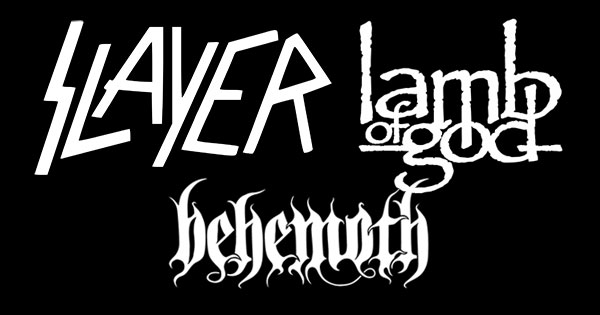 During the past few weeks there have been rumors circulating that Slayer and Lamb of God would be touring together later this year. While nothing concrete was established, ThePRP now says they've "seen confirmation" that the tour is happening and will also feature Behemoth. Furthermore, the trek will apparently take place in North America in July and August, with one date leaking thus far: August 2 at the 1st Bank Center in Broomfield, CO. Stay tuned... UPDATE: This tour has now officially been announced.