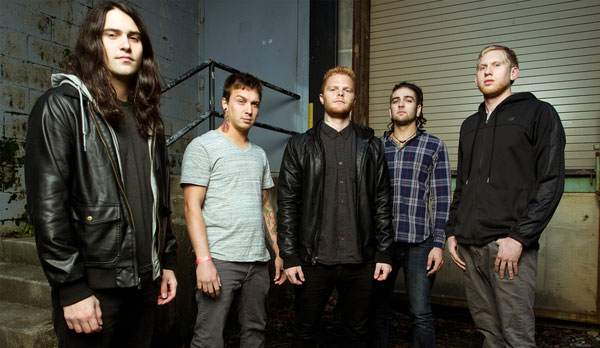 Born of Osiris has announced that they will release a "new" EP titled The Eternal Reign on February 24 through Sumerian Records. Its first single, "Glorious Day," can be streamed below. The EP is actually a re-recorded and "re-envisioned" version of the band's 2007 debut, The New Reign, in addition to the aforementioned new song. Guitarist Lee McKinney comments:
"We are beyond excited to break the silence on what we've been up to this past year. 10 years ago we were seniors in high school in Chicago and spent our spring break recording a record that we had no idea would massively impact our lives. The New Reign was something we all believed in, and for that reason we were all anxious and curious to see how it would be taken. "This past year we decided to re-record our debut. I know what you're thinking.... 'they took the album and sent it to someone else to re-mix / re-master and they are going to re-package and re-sell it'. Wrong! We went to the studio, re-recorded the entire thing, changed guitar riffs/drum parts/bass/vocals and even recorded a new song that I wish made it onto the original version 10 years ago. This song 'Glorious Day' was made before some of the other songs that made the original recording. "I must say, it's crazy to still be in our 20's and be on a 10 year anniversary. I'm so thankful for this... and I must thank the fans for supporting us every step of the way, as well as Sumerian Records for believing in us all of this time."