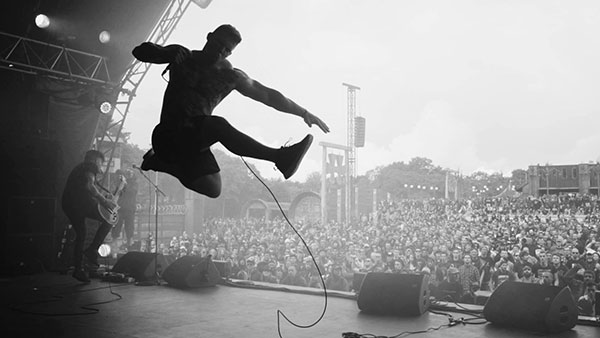 Official press release: Metal Blade Records is proud to announce the worldwide signing of Chicagoan metal/hardcore unit Harm's Way. Currently writing the follow-up to 2015's acclaimed Rust, Harm's Way is expected to release their fourth full-length and Metal Blade Records debut in 2017. Harm's Way comments: "We are very excited to be working with Metal Blade Records. Their longstanding history in the alternative music community speaks volumes. To join a roster of such highly influential artists is truly an honor. We look forward to the next steps we will be taking as a band on both personal and artistic levels. " Metal Blade Records CEO Brian Slagel adds, "Super excited to be working with Harm's Way! We welcome them to the Metal Blade family. I have been a fan since Chris Santos turned me onto them!" Harm's Way has emerged from the wreckage of past genres to set a new standard in contemporary heavy music. With their latest offering, Rust, the four-piece brilliantly combines industrial repetition (ala Godflesh) with the aggressive attack of metal/hardcore. Fans can expect another seminal album with the group's upcoming, currently untitled record - which will surely raise the bar for heavy music once again.