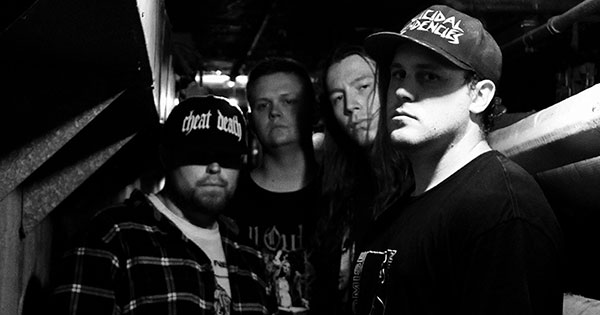 Nebraska hardcore band Purgatory has officially signed a deal with Unbeaten Records (Left Behind, Stigmata). The quartet will release a new record in early 2017, however, in the meantime they've put together a two-song promotional release titled Beg For Life : Pray For Death, which we're exclusively streaming below. "Beg For Life" and "Pray For Death" were recorded by Ryan Bram at Homewrecker Studios and mastered by Brad Boatright. The promo will be available via limited cassette (Eyetooth Collective) through Unbeaten and digitally through both the label and band's respective social media accounts. Meanwhile, Purgatory will be touring with Cruel Hand and Lifeless later this month.