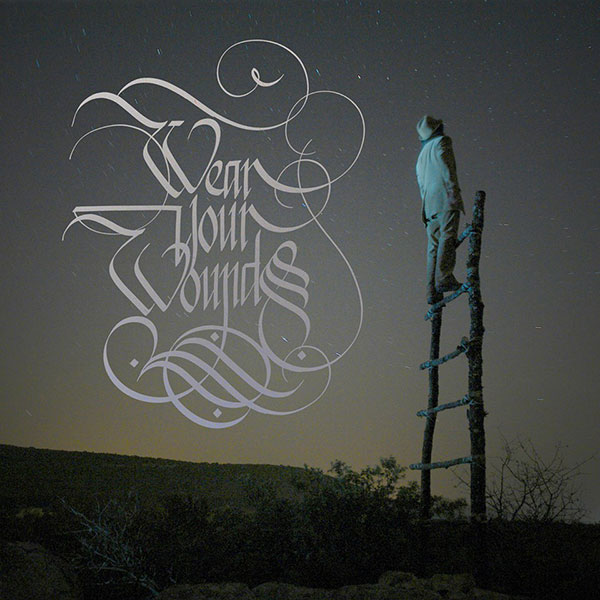 Official press release: Wear Your Wounds is the product of years of lo-fi solo recordings by Converge founder Jacob Bannon. On this debut release, WYW (out April 7th on Deathwish), Bannon is joined by guest musicians Kurt Ballou (Converge), Mike McKenzie (The Red Chord, Stomach Earth, Unraveller), Chris Maggio (Sleigh Bells, Trap Them, Coliseum), and Sean Martin (Hatebreed, Cage, Kid Cudi, Twitching Tongues). Together they have created a powerful album that is unlike anything they have ever individually worked on. The album is comprised of ten emotionally heavy songs that call to the slower, more epic leanings of Converge, as well as Bannon's previous work in Supermachiner. Wear Your Wounds brings to mind the dense multi-layered approach of Swans and early Pink Floyd, while being as vulnerable as influences Sparklehorse, Songs: Ohia, other like minded artists. Wear Your Wounds will reveal itself in a live setting on April 22nd at Roadburn Festival in Tilburg, The Netherlands as part of John Dyer Baizley's curation. Find more information about this special Roadburn performance here. Wear Your Wounds live will feature Bannon joined on stage by musicians Mike McKenzie, Chris Maggio, Adam McGrath (Cave In, Zozobra, Nomad Stones), and Sean Martin. Stay tuned for album info, song premieres and more information to come soon.

Is at least one track Jake farting, then inhaling it and going, "ummm ahhhh yeah?"

Kurt is such a pretentious Todd Jones wannabe

You'll never be one of Ug

^^ grow up you fruitcake

Guys, that ladder is going to fall over