Down To Nothing drummer also an ER doctor 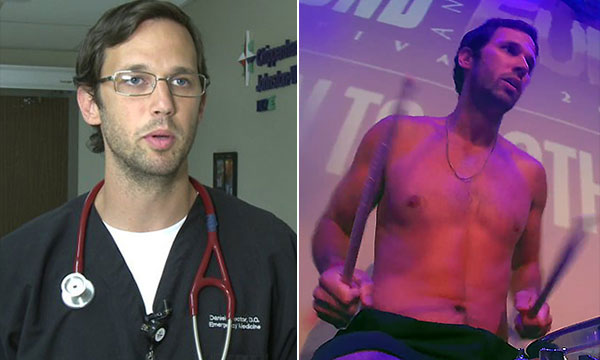 Not only is Daniel Spector the drummer and co-founder of Richmond, Virginia hardcore band Down To Nothing, but he's also a doctor. This apparent dichotomy was not lost on Richmond CBS affiliate WTVR, who featured Spector on their nightly news program last night. You can check out the video below. Spector graduated from medical school in 2013 and is currently an ER doctor at Chippenham Medical Center. "I think I picked emergency medicine out of all the specialties because you do get that adrenaline rush," he told CBS 6 during a recent shift at the hospital. When asked about the rough-and-tumble atmosphere found at many hardcore shows, Dr. Spector was positive: "There's kind of a community atmosphere to it, too. where people are looking out for each other, for the most part. Every once in a while there will be a fight at a show but, in general, I think that's frowned upon." You can read more via CBS 6.

Tags: Daniel SpectorDown To Nothing