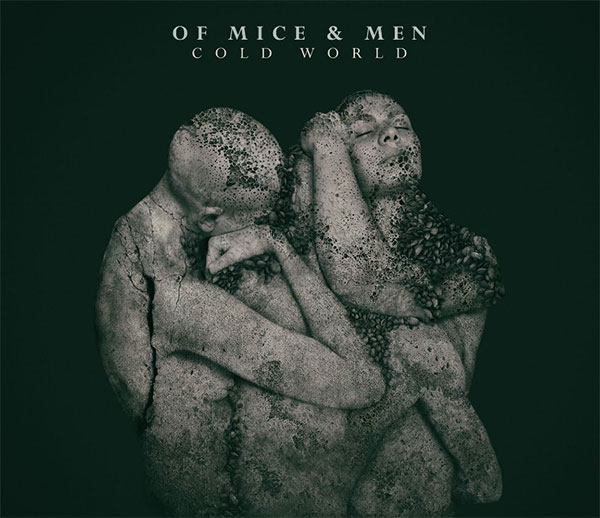 Of Mice & Men have released "Pain," the first track and video from their forthcoming album, Cold World. The video was directed by Mark Lediard at J6 Films and can be viewed below. Cold World is set for a September 9th release on Rise Records. Of Mice & Men (vocalist Austin Carlile, guitarist Alan Ashby, drummer Valentino Arteaga, vocalist/bassist Aaron Pauley and guitarist Phil Manansala) recorded Cold World with producer David Bendeth, who they worked with on 2014's Restoring Force, which hit No. 4 on the Billboard Top 200 Album Chart and No. 1 on both the Billboard Top Independent and Top Rock Albums Charts. The full track listing for Cold World is: 01. Game of War 02. The Lie 03. Real 04. Like A Ghost 05. Contagious 06. - 07. Pain 08. The Hunger 09. Relentless 10. Down The Road 11. + 12. Away 13. Transfigured