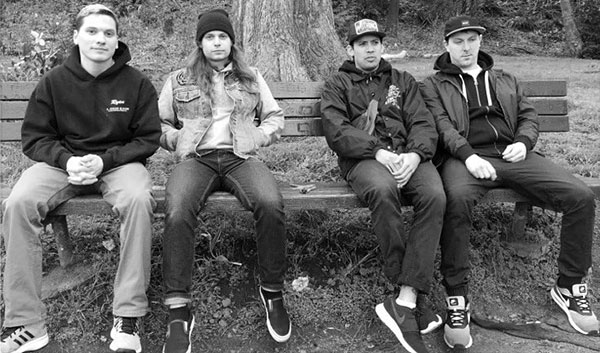 Cruel Hand has titled their new album Your World Won't Listen. Produced by Dean Baltulonis (American Nightmare, Most Precious Blood) in New Hampshire, the outing will be available on September 9 through Hopeless Records. In the meantime, a music video for the album's first single, "Dead Eyes Watching," can be viewed below. The band comments: "'Your World Won't Listen' fine tunes the punk elements from the 'The Negatives' while taking it back to our earlier effort, 'Prying Eyes' for the Cruel Hand style hardcore that you know and love. Dean Baltulonis definitely put his best foot forward with his no BS style production." Your World Won't Listen track listing: 01. Nowhere, Nothing, Never 02. Decompose 03. King 04. Dead Eyes Watching 05. Too Far from That 06. Your World Won't Listen 07. Through with You 08. Deep Six Hole 09. Buried Inside 10. In This Alone 11. Liquid Paper 12. Threes