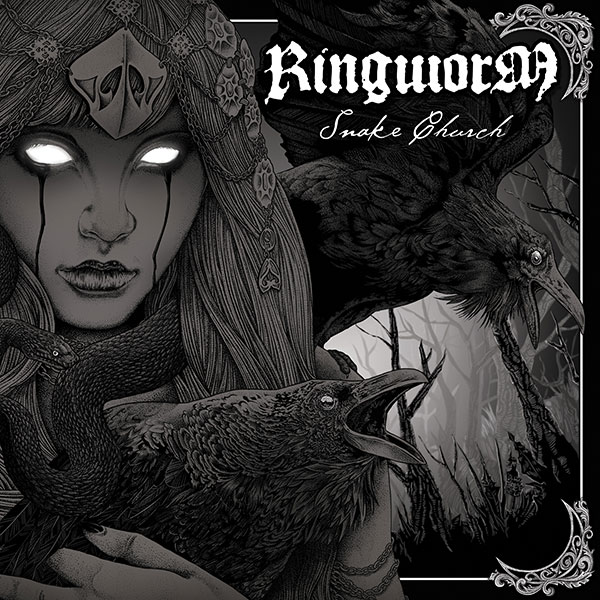 Official press release: Legendary Cleveland quintet Ringworm have just announced their eighth full-length album Snake Church, a twelve-track, 30+ minute testament of vicious aggression. After having converted metalheads and hardcore fans alike with their intense, no-holds-barred live shows and consistently punishing albums over the course of the last 25+ years, Ringworm once again prove that they are in a league of their own when it comes to face-breaking sonic fury. Recorded and produced by Ben Schigel (Chimaira, Zao) at Spider Studios and mastered by Brad Boatright at Audiosiege (Nails, Xibalba, Black Breath), Snake Church obliterates the listener and never relents, leaving nothing but bile and bone in its wake. Album art and a full tracklist are available below. Watch the official music video for the title track "Snake Church" now here: Snake Church is due out this July 29 on CD/LP/digital via Relapse Records. Track listing: 01. Snake Church 02. Brotherhood of the Midnight Sun 03. Fear the Silence 04. The Black Light of a Living Ghost 05. Destroy or Create 06. Shades of Blue 07. Innocent Blood 08. The Apparition 09. Believer 10. The Razor and The Knife 11. Angel of War 12. Temple of the Wolves