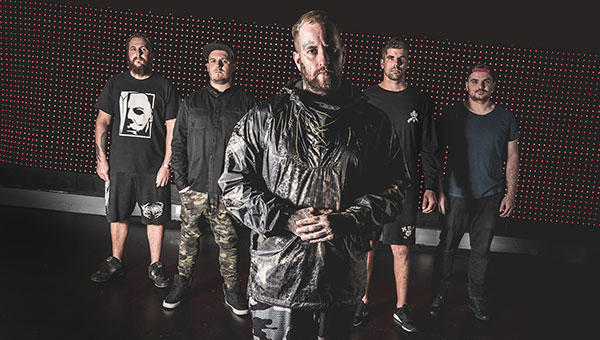 Artery Recordings has announced the signing of Auckland, New Zealand groove/progressive metal outfit Set On End. The band's debut full-length, The Dark Beyond will be available through Artery on July 15. In the interim, today we're exclusively premiering the Set On End's new video for the song "Dissent." Check it out below. Originally formed in 2005, Set On End took a break in 2009 after releasing their debut EP. Fast forward to 2016 and they've returned with renewed energy, a revamped lineup, and their first full-length album. The LP was recorded between their own studio, Mindset, and Zorran Mendonsa Productions in Auckland, mixed and engineered by Zorran Mendonsa (New Way Home, Saving Grace) and mastered by Ermin Hamidovic (Periphery, Plini) at Systematic Productions in Melbourne. The band comments: "The album explores humanity's journey as a species and as individuals, striving for a better world, striving to further our knowledge of who and where we are. Sometimes the path we should take is obvious, and at other times we simply wander into the dark, reaching out for the unknown." Pre-orders are now available here and here.