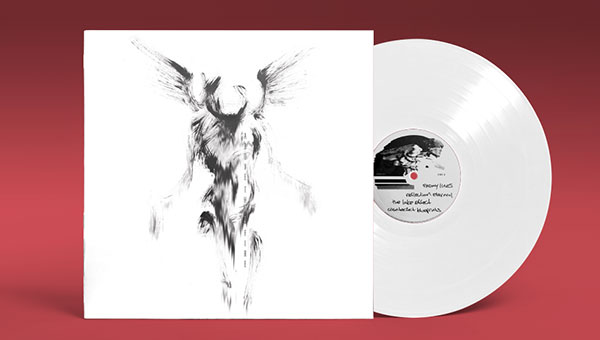 This summer Cleveland, Ohio hardcore/metal act Above This Fire will release their first new album since 2008. The self-titled effort was recorded by Dave Piatek (Light Years, We The Gathered), mastered by Brad Boatright (High On Fire, Modern Life Is War) at Audiosiege, and features artwork courtesy of Derek Hess (Converge, Unearth). A July 22 release through the band's own Forest City Records is scheduled. Vinyl pre-orders are now available here. Regarding the new record, bassist Oliver Barrett says, "We weren't trying to reinvent the wheel, we just wanted to write a straight-forward record that's fun to play live." Meanwhile, guitarist LT Magnotto offers this: "We are all really proud of the work that we have done here. Throughout the writing and recording process, we all really pushed each other to step out of our comfort zones and try some new things. The record was written, recorded and pressed to vinyl in our hometown, Cleveland, Ohio." Finally, according to drummer Jon Morgan, "We approached this record with no set expectations or unnecessary constraints." He added, "Our goal was to write songs we'd want to listen to and love playing live. This record feels like a new beginning. That's why we thought the best possible title of it is simply Above This Fire." Above This Fire track listing: 01. Enemy Lines 02. Reflection Eternal 03. The Lake Effect 04. Counterfeit Blueprints 05. Dead Languages 06. Cancelled Flights 07. Broken Crowns, Crooked Kings 08. Zero To coincide with the announcement, today we're exclusively premiering the band's music video for new song "Counterfeit Blueprints." You can check it out below.