Rage Against The Machine plotting return?

Roughly five years since playing their last show, Los Angeles, California band Rage Against The Machine seem to be planning a return of some sort this summer. The group has just launched a new website, Prophets of Rage, which features a countdown clock that ends on June 1. Meanwhile, #TakeThePowerBack posters have reportedly started appearing in the Los Angeles metro area. "Prophets of Rage" is of course the name an RATM song. It's also the name of a Public Enemy song, and with Public Enemy frontman Chuck D lately sharing Rage live videos on Twitter, some speculate that the two groups may soon be performing together. Regardless, it looks as if we'll have to wait another two weeks for the answer. UPDATE: Here's some discouraging news regarding a possible reunion. 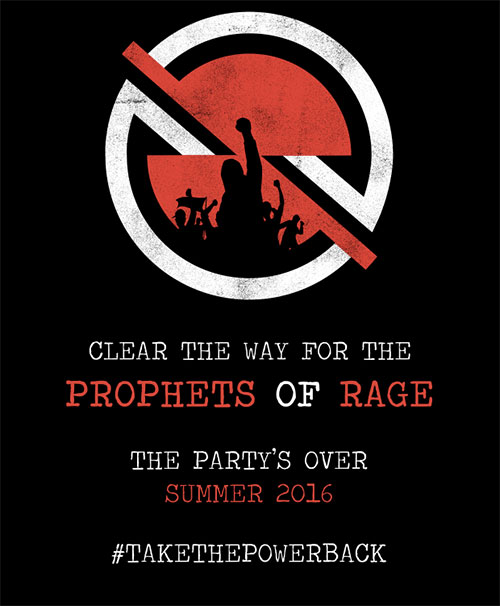