Mon, May 9, 2016 8:56 AM PT4,428 views
The seventh annual Hopscotch Music Festival will return to downtoan Raleigh, NC in September, and its lineup has been officially announced. The event is slated to take place on September 8, 9, and 10 at a handful of venues in and around the city and the full roster can be found below. 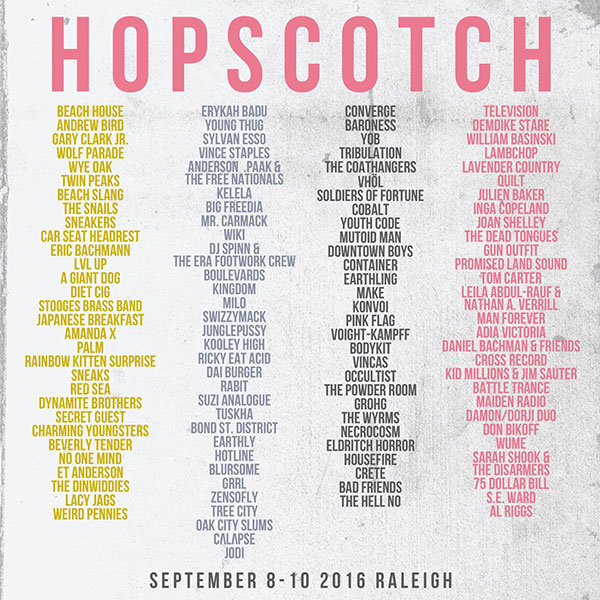 I quit my office job and now I am getting paid 56 Dollars hourly. How? I work-over internet! My old work was making me miserable, so I was to try-something different. 1 years after...I can say my life is changed completely for the better! Check it out what i do... -------- Postjobs50.TK

Counting on ISIS to come through on this one...

converge, baroness, and a shitload of rice.