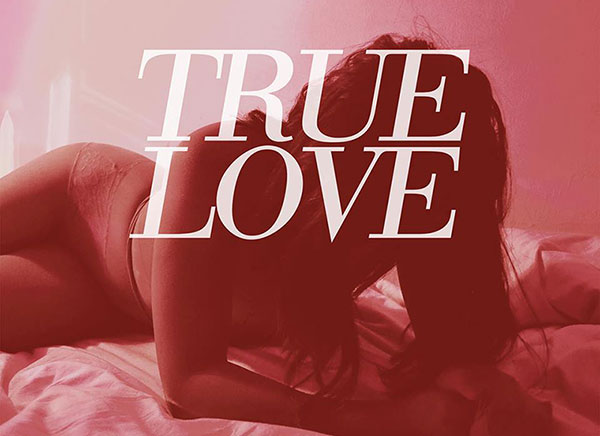 Official press release: With a demo and an extended EP on Baltimore's React! Records under their belts, Detroit straight edge hardcore band True Love are thrilled to announce their Bridge Nine Records debut full-length, Heaven's Too Good For Us, due out July 1st. Recorded in the summer of 2015 with Andy Nelson at Chicago's own Bricktop Studios, Heaven's Too Good For Us is thirteen songs of razor sharp hardcore, clocking in at a breathless 17 minutes. True Love races and pummels through anthems of taking back what's owed, straight edge fury, broken vows, and the real truths of love lost and sometimes found. Tracks like "Your Side" and "Where It Ends" ache and twist with promises of forever, backed by crushing walls of guitars and "nobody stands still" breaks; while tracks "Kill For That" and "Stay True" showcase True Love's ability to slow from frenetic, breakneck speeds to a mid-paced groove that leads to a controlled chaos. Heaven's Too Good For Us also features guest vocals from Turnstile's Brendan Yates and Forced Order's Nick Samayoa. As far as the lyrical world created by singer Dominic Vargaz is concerned, listeners are either with him, or against him. While True Love initially started as an attempt to resurrect a forgotten sound, with the dual buzzsaw attack from guitarists Alec Faber and Brad Walker, and rhythms driven by bassist Joe Palleschi and drummer Derrick Daniel, the sound becomes entirely their own. Whether they're playing blistering sets on their home turf of Detroit, or playing shows across the country with peers and the bands that defined their sound -- their vision is uncompromising. Song premieres and more info from True Love coming soon. Heaven's Too Good For Us track listing: 01. Piece For a Piece 02. Your Side 03. Out in the Streets Pt. 1 04. Kill For That 05. Midnight People 06. Young to Die 07. Where It Ends 08. Chained Melody 09. The One and Only 10. Out in the Streets Pt. 3 11. Meant to Take 12. Énouement 13. Stay True