The initial roster has been announced for The Fest 2016 (aka The Fest 15), which is scheduled to take place October 28, 29, and 30 in Gainesville, FL. Among confirmed participants are Propagandhi, United Nations, Planes Mistaken For Stars, and Iron Reagan. In addition to the festival itself, there will also be a pre-fest event in Ybor, FL on October 26 and 27. The current flyers for both can be viewed below (more bands will be confirmed on May 13). 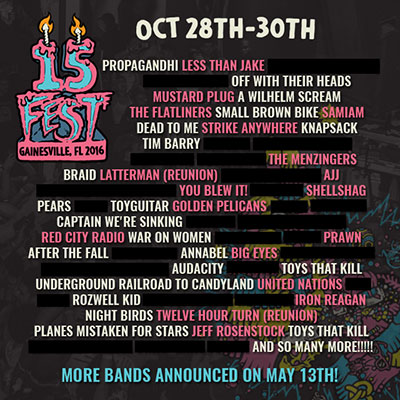 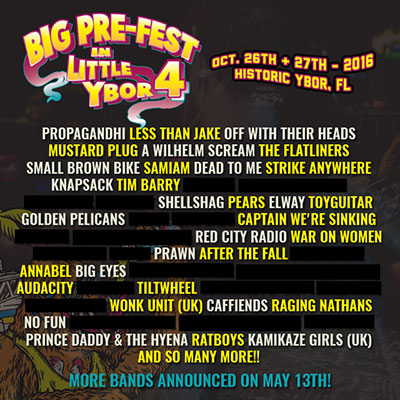 90 percent made up band names

Here to say that Ryan Fisher is a real good guy.

So is the Caffiends band the one from California, circa 2001? Don't know why it would be, but that would be cool.

Axell Pugh approved. Will mosh on all the emo GEYS!

so its the same fest pretty much?

I actually remember when this was a metal/hardcore/punk fest, instead of a clearing house for washed up emo bands and 30somethings playing "pop punk"