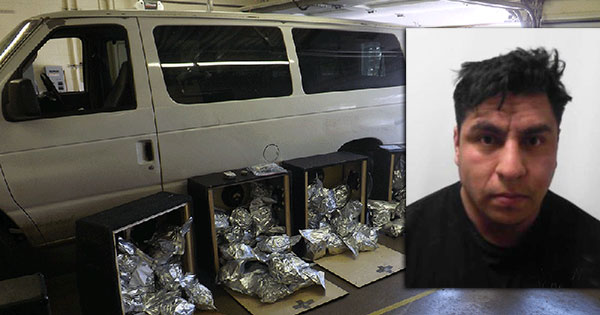 Walter Delgado, frontman of defunct Los Angeles hardcore band Rotting Out, was allegedly arrested in Ohio last week on drug charges. According to Ohio State Highway Partol, Delgado, 29, of Harbor City, CA was driving a van when he was pulled over for a "following too closely violation" on Interstate 70 in Madison County, OH on March 18. A subsequent search of the vehicle revealed 70 pounds of marijuana and 1,000 hash oil jars, all with a collective street value of $350,000. Police also seized roughly $7,500 in cash. Delgado and his passenger, Anthony Jochum, 26, of Cleveland hardcore band Search Bloc, were incarcerated at the Multi-County Jail and charged with possession and trafficking in marijuana, and possession of criminal tools. They are all second-degree felonies.