It looks as if the full lineup for the 2016 Vans Warped Tour was mistakenly leaked via Twitter last night. The alleged leak reportedly comes from the Twitter account of the Hard Rock Hotel in Las Vegas. You can find the image uploaded below. Though the official lineup won't be announced until March 22, the leaked lineup appears to be legitimate based upon previous rumors and hints. 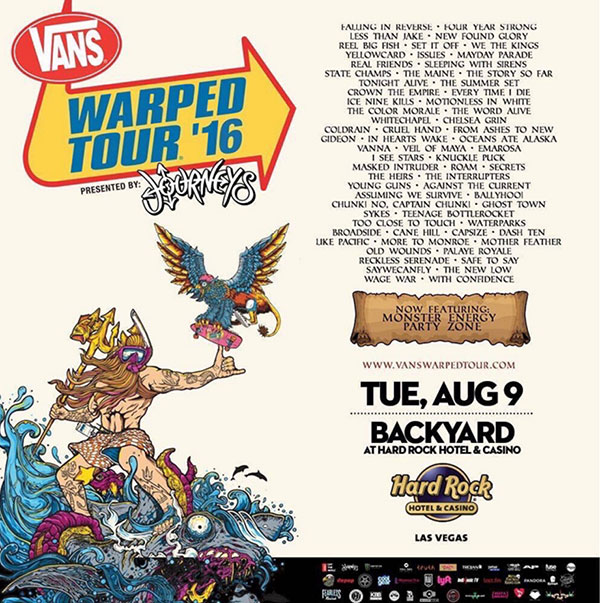