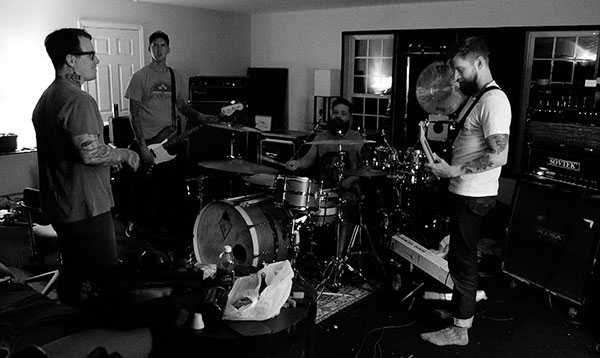 North Carolina hardcore/metal band Advent has reformed and is currently working on new music. Originally launched in 2005, the group broke up in 2011 after releasing two albums with Solid State Records. Regarding the reunion, vocalist Joe Musten had this to say: "I am super amped to announce that Advent is back from the grave. It's a decision we all made together about nine months ago and we are all finally to a point where we are able to move forward." Tracking for the new record will commence on March 28 with Kris Hilbert at Legitimate Business in Greensboro, NC. The band intends to fund the outing via a new merch store and Bandcamp account for putting out rare and unreleased songs. According to the band, "Some of these are demos and some of these songs very few people have ever heard. These songs will be available to download for free and there will be a option to donate any amount you would like that would go straight to the recording." As for live appearances, Advent will play shows again, though at this time they "are not sure how many or when."