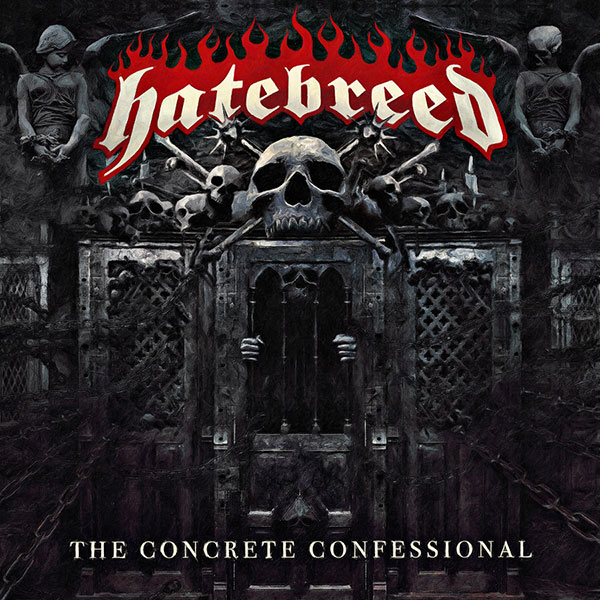 Official press release: The Grammy nominated Connecticut based juggernaut, Hatebreed, will release their new album The Concrete Confessional on May 13 via Nuclear Blast Entertainment. The long awaited follow-up to The Divinity Of Purpose was produced by longtime collaborator Zeuss (Rob Zombie, Suicide Silence) and mixed by Josh Wilbur (Lamb of God, Megadeth). Artwork was created by Marcelo Vasco (Slayer). Regarding the artwork vocalist Jamey Jasta comments: "I think da Vinci said it best when he said painting is poetry that is seen rather than felt, and poetry is painting that is felt rather than seen. Marcelo was able to capture a feeling that will accompany our musical and lyrical vision and he put together a striking piece that speaks volumes." The Concrete Confessional track list: 01. A.D. 02. Looking Down The Barrel Of Today 03. Seven Enemies 04. In The Walls 05. From Grace We've Fallen 06. Us Against Us 07. Something's Off 08. Remember When 09. Slaughtered In Their Dreams 10. The Apex Within 11. Walking The Knife 12. Dissonance 13. Serve Your Masters