Thy Art Is Murder, Rings of Saturn, Fit For An Autopsy tour 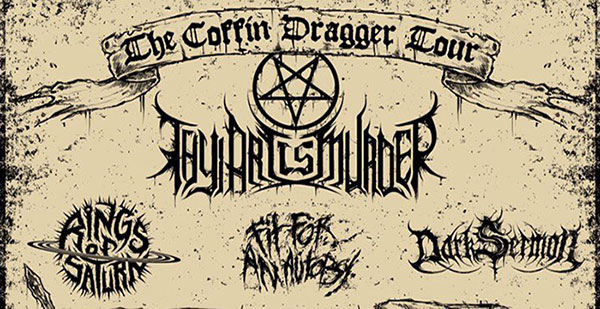 Thy Art Is Murder will apparently headline a spring tour dubbed "The Coffin Dragger Tour," featuring support from Rings of Saturn, Fit For An Autopsy, and Dark Sermon. The trek has yet to be announced, but two dates have surfaced online thus far: 4/16 St. Louis, MO @ Fubar 5/19 Worcester, MA @ The Palladium UPDATE: The tour and its dates have now officially been announced.