Official press release: Like lightning, inspiration can strike at any time. The members of Entheos -- Chaney Crabb [vocals], Malcolm Pugh [guitar], Evan Brewer [bass], and Navene Koperweis [drums] -- collectively felt that surge. Longtime friends Navene, and Evan co-founded Animosity and remained in the group until its split in 2008. Evan enjoyed a stint in The Faceless, while Navene joined Animals As Leaders, and Malcolm played in A Loathing Requiem, Diskreet, and Inferi. By late 2014, there must've been something magnetic in the air, because it drew these musicians back together. "All of us have gotten some great opportunities, but they didn't necessarily pan out to be perfect," admits Navene. "It was natural for me to call Evan. It just made sense. The amount of effort we collectively put into this makes it close to the perfect situation. This is the band none of us ever got to be in. All of us are on the same page, and we're really tight personally. That inspires us to work all the time." Navene had produced Chaney's previous band Systems, and her intense, infectious vocal style stuck with him. She rounded out the lineup, and the group hunkered down and cut its independent four-song debut EP, Primal, with Navene behind the board. They tapped into a staggering amalgam of polyrhythmic riffage, mind-numbing percussion, and eerily entrancing vocals. The drummer describes it best."It's a mix of different styles," he says. "It's got a modern death metal element, but there's a more progressive flare. With the time we had apart, everyone was able to develop in different ways, and we have a new sound. There are those aggressive aspects of death metal and the precision, but there's a fusion melodically. I like to call it, 'Death fusion.'" That style instantly captivated listeners. Already garnishing a reputation for their intense live show, and aggressive stage presence, they garnered over 10,000 "likes" on Facebook (within a month), while Primal became #1 across Bandcamp in March 2015. Artery Recordings signed the group as they went on to tour with Veil of Maya, Oceano and did festival dates with Between The Buried And Me and The Red Chord. Immediately after, they hit the studio to cut their first full-length album for the label. "It's more in-depth," he remarks regarding the new material. "The songs have gotten a bit longer, but you know it's Entheos." The group's ethos and story remains encapsulated within their very name. "The name is an old Greek word meaning full of inspiration," Navene leaves off. "Now and during the start of the band, everyone has been really inspired. That's what this project is centered around-working hard and not overthinking things. We've found this inspiration. Because of that, we're doing what we have to do, which is make music." The Infinite Nothing will be release April 1 on Artery Recordings worldwide. Pre-orders are available. 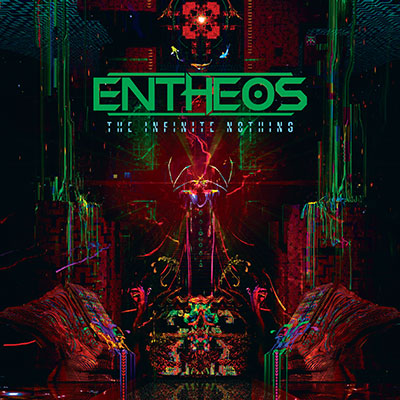