Tuesday, February 9, 2016 1:46 PM PT / 6,913 views
Prior to performing at this year's New England Metal & Hardcore Festival, Pennsylvania (via West Virginia) metalcore veterans Zao will perform a club show in New York. The show will take place on April 15 at Amityville Music Hall in Amityville, NY and will also feature Old Wounds and Jesus Piece. Barring any other unexpected announcements, this will be Zao's first show in roughly four years. UPDATE: It's come to our attention that Zao is playing two shows a few weeks before this one. So as it stands, Zao's show on March 18 at the Altar Bar in Pittsburgh, PA appears to be their first true show in four years, not the one above (shortly thereafter they will also play the So What?! Music Festival). Sorry for the mix-up. 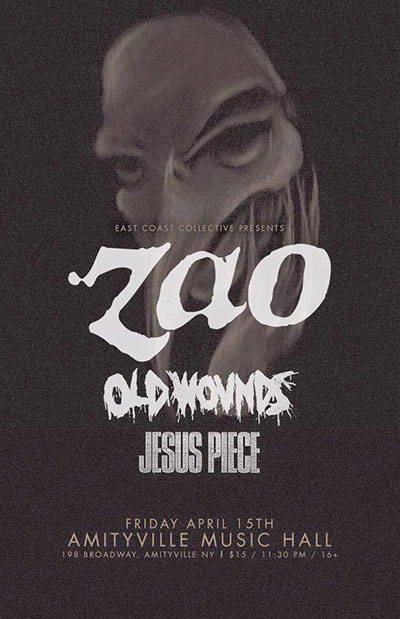