Artery Recordings signs She Must Burn 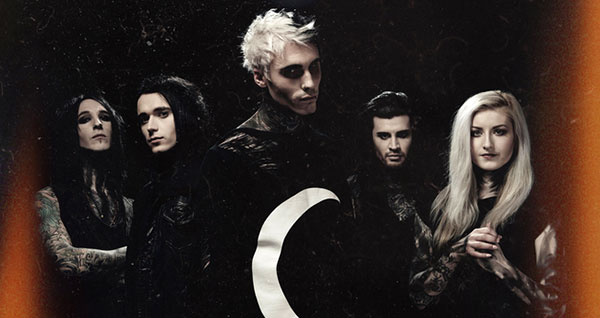 Official press release: Artery Recordings has announced the signing of symphonic brutes She Must Burn (for fans of Motionless in White, Winds of Plague, The Breathing Process). The London quintet released their self-titled debut EP as well as a music video for the first single "Possessed" (watch below). Leading the way as the next generation of symphonic black metal to emerge from the UK scene, the band has already made a name for themselves touring with Cradle Of Filth, Heart Of A Coward, and being picked up by label Artery Recordings. "This band is going to pave the way for the next generation of aggressive but melodic music to shape the scene. I expect big things from She Must Burn and they fit perfectly among our roster," says Artery President Shan Dan Horan. She Must Burn has a blend of genres, comparable to Make Them Suffer and Bleeding Through screams with a hint of Evanescence type of vocals. She Must Burn bring it all together with heavy crushing guitar tones with tight symphonic elements and unstoppable devastating breakdowns. Keyboard player and clean vocalist Amy Miller says, "Our EP is really just an aggressive outlet for us all. Each song is about something different: personal relationships, everyday issues, things you can't talk about with the people you know." It is hard to call She Must Burn anything but hard-working. With such an explosive start to their career, it is only a matter of time before they are solidified as the torch holders for the next generation of aggressive metal music.