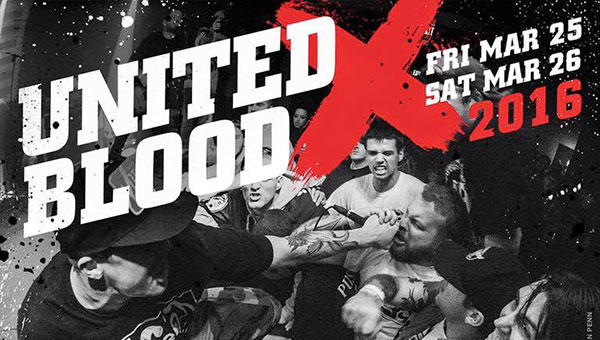 Frankie Palmeri should be on this

Didn't foundation call it quits literally less than 2 months ago...?

Foundation is like bane "yo we are done but let's play shows so we got cash ok?" also CAN WE HAVE ONE HARDCORE FEST THAY DOESNT HAVW THE SAME SHITTY BANDS EVERY YEAR? There are more fcking BANDS than gods hate and forced order

These fests are seriously running out of material if that's the best they could come up with.

^^^^^^ I'm putting money on it that all these bands will play TIHC and EVERY other hardcore show for the next year. BOOOO

Hey will be giving interviews at $10 per 10 minutes on this ALSO will do guest vocals at $100 per set. -CJ McMahon, Financial Advisor

This is garbage. Same shit year after year. Same bands, on the same fests, couple "farewell" sets that won't be the last shows, some reunions that no one fcking cares about. Brutal. A sad excuse so 6 different groups 75 people who are kind of friends can converge on a location.

Neva heard of fest? Wut? Right brigade FLOORPUNCH BURN MAXIMUM PENALTY If you are involved in the hardcore scene and dont know these bands, then there is no hope for you

Yeah I've never heard of those bands. I've only heard of a few & mainly from seeing their names on rando LG post. Guys the sea is a big place; get on outta ur box

Fsu and Sosf are stoked

Bands play for free to suck of overrated Burn who takes all the $, unity brah!

Burn, Floorpunch, Right Brigade, and a bunch of filler.

Maximum Penalty were never, ever good. At all.

Tuff luv fest is not stoked.

Foundation cali shows sucked. This should be no less disappointing. Hopefully Floorpunch doesn't play any music and just trolls vegans.

I don't get all the shittalk. We're making the pilgrimage from Cleveland for the third straight year. This is one of the best lineups to date. Real hardcore bands for the most part. Yeah, I wish God's Hate and the like didn't exist... But, someone's gotta cater to the latter teens/early 20s buffoons with underdeveloped ear canals.

Funny how everyone talking shit will probably still go. Get over yourselves, narrow minded fcked and just enjoy the fact people set this up every year to support your scene and these bands. If you want to hear something new, make your own band and tour, otherwise shut up.