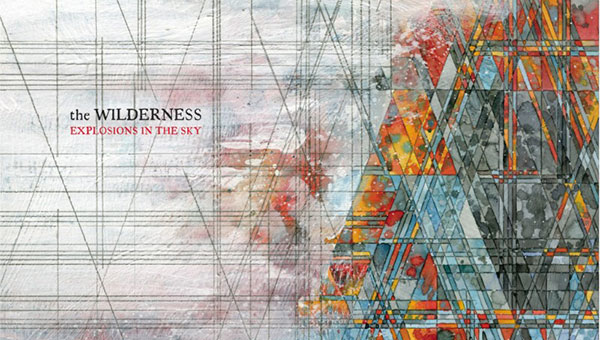 Official press release: Following on the recent announcement of an April 2016 UK/Ireland tour including a headline show at London's famed Royal Albert Hall, Explosions In The Sky has confirmed an April 1 worldwide release for its new album The Wilderness (Temporary Residence Ltd.). The Wilderness is the band's sixth album, and first non-soundtrack effort since 2011's Take Care, Take Care, Take Care. Arguably the most progressive instrumental rock album since EITS' 2003 breakthrough The Earth Is Not A Cold Dead Place, The Wilderness is a bold, experimental work combining the singular song craft that has sold hundreds of thousands of albums and tickets with the cinematic sensibility that has elevated the band to the level of regard and demand its members enjoy as film composers (Lone Survivor, Manglehorn, Prince Avalanche, Friday Night Lights). The first Explosions In The Sky album not produced entirely by the band, The Wilderness features long time collaborator (and Grammy-winning producer) John Congleton in a co-producer role for the first time. The band's most ambitious songs to date branch into unexpected new dimensions accordingly--Exhibit A being "Disintegration Anxiety," currently streaming on all platforms—with visual accompaniment where applicable—and available as an instant grat download with all pre-orders. With its cacophonous opening washes that ultimately resolve into a locked groove, "Disintegration Anxiety" marks the rock solid midpoint of an aggressively modern and forward-thinking work—yet one that wouldn't seem the slightest bit out of place on a shelf between original pressings of [Pink Floyd albums] Meddle and Obscured By Clouds. Explosions In The Sky is: Chris Hrasky (drums), Michael James (guitar, bass), Munaf Rayani (guitar), Mark T. Smith (guitar). The track listing for The Wilderness is as follows: 1. Wilderness 2. The Ecstatics 3. Tangle Formations 4. Logic of a Dream 5. Disintegration Anxiety 6. Losing the Light 7. Infinite Orbit 8. Colors in Space 9. Landing Cliffs

Ive always been a fan of eits, mostly of their old records, but it's so fcking odd that you always cover them. They clearly have nothing to do with hardcore or metal yet you cover basically every album it seems over the years. Why? Is it just because you want views or are you a fan? I feel like you should cover every post rock band if you're gonna cover eits.

Explosions in this guy

excited for the next eits update so I can see the c*nt above me whine about it some more.