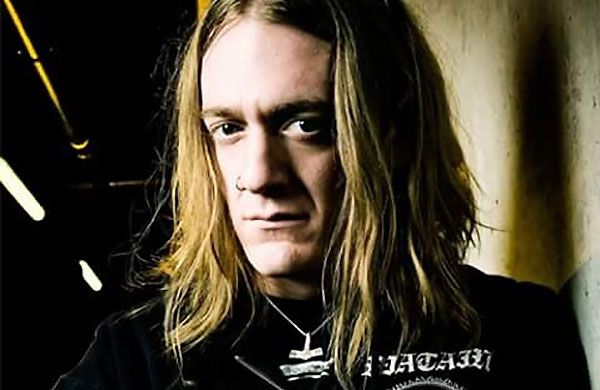 It's been more than a year since disgraced Nachtmystium frontman Blake Judd disappeared from public view. To refresh your memory, in August 2014 Judd was accused of repeatedly ripping off fans, allegedly to support his drug habit. Ultimately, Nachtmystium's label, Century Media Records, severed all ties with Judd and Nachtmystium. Several weeks ago, Judd reappeared on Facebook, and it didn't take long for some of his detractors to notice. After a handful of them called out Judd (and his girlfriend) for not yet making amends, Judd offered up this defense yesterday:
"I went to rehab (somehow, I survived) and now live in another state, have been sober for a few months, am employed and have absolutely nothing to do with music anymore nor do I wish to. My girlfriend has nothing to do with drugs at all or metal at all, so you're barking up the wrong tree there. She knows all about all of this though and understands that it all happened and it is what it is. Today I am just trying to be healthy and happy and the farthest thing from the person I used to be, taking it one day at a time. I am truly sorry for anyone who fell victim to my behavior when I was in the throes of addiction, and when I am capable of making amends to those people, I will. Harassing me or my loved ones here will do nothing to fix anything. Fortunately I survived and I intend on doing the right thing in places where I did wrong in the past. That's all I have to say. Direct anything any of you want to say at me. Don't bother other people who have nothing to do with any of this."
One Facebook responder named Pavel Moshin responded with this:
"'when I am capable of making those amends, I will" "So I guess that means never? People still talk about you because you're a piece of shit that owes a lot of money. If you don't rightfully return what you stole then you'll always be a scummy junkie."
Judd countered:
"You are really smart. Did you know that? When I am capable means when I am capable. I am not going to promise anyone anything when I dont have the means to follow through on it. Right now, I dont have those means. You have no idea what Im coming back from, kid. And if I wasnt who I am, you wouldn't care nor would anyone else. Every junkie lies, cheats and steals from someone....I'm no different. Not pretending to be. But what I'm not today is full of shit. And I'd be full of shit to say I am going to start paying back debts when I don't have the ability to do it. My road back to normalcy is going to be a long one. Some day though, I will do something with the list I have compiled of the people whom I owe money to for merch. Until then, yeah, it'll be 'when Im capable'."