Thursday, January 7, 2016 10:52 AM PT / 3,853 views
Official press release: While the majority of the scene is aiming for a more melodic and overall accessible sound Caliban are plunging into darkness with their new album and heaviest offering to date, Gravity, which will be released worldwide on March 25th, 2016. Get a first glimpse by checking out the front cover that was done by Marcel Gadacz from Dream On Dreamer. 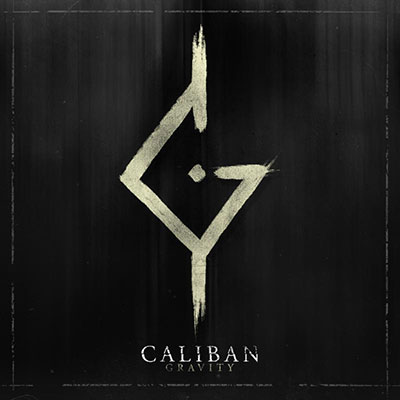 Yet again the album was produced by Benny Richter and guitarist Marc Görtz as well as co-produced by Marcel Neumann. Gravity was recorded at Görtz' Nemesis Studio by the guitarist himself who mixed the album together with Klaus Scheuermann. The track listing of Gravity reads as follows: 01. Paralyzed 02. Mein schwarzes Herz 03. Who I Am 04. Left For Dead 05. Crystal Skies 06. Walk Alone 07. The Ocean's Heart 08. brOKen 09. For We Are Forever 10. Inferno 11. No Dream Without A Sacrifice 12. Hurricane

brOKen is about their beer drinking buddy Ken. Should've been "Our bro Ken."

last record was good and really heavy. this cover art looks like trying to fit in with some of the Facedown art or many metalcore bands. Their art has always been a bit cooler or more interesting. Music will prob be cool though.

Bout time. There's a whole new crop of bands for them to rip off. Trend hopping band if there ever was one. Just listen to their entire catalog.

"10. Inferno This song is about hot sauce" I thought it was about the Canadian border for bands with weed and firecrackers...

Stoked for this album! They get better with every album they release

HOW OLD IS THAT pssy?