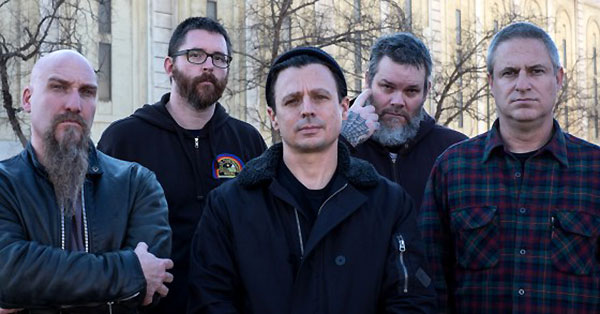 California post-metal veterans Neurosis will enter the studio later this month to begin recording their follow-up to 2012 album Honor Found In Decay. Tracking will commence on December 27 at Electrical Audio in Chicago, IL with producer and engineer Steve Albini (Jawbreaker, The Pixies) once again at the helm. More details will be revealed in the new year.

Why Albini?! The newer records he's done don't do justice to this band. Anyone who has seen them live can attest to this.

Bunch of dads. Eye of Every Storm was good.

was never good, will never be good

vocalist is one of the nicest and most genuine dudes i have ever met. i shared a much needed clove with him afterwards.

Huge fan but I'm not expecting much, and judging by that photo neither are they.

These guys are just hanging out until the race war starts.

i hope the bass player with no chin only does his infest vocals on the new one, tired of the tom waits bullshit from steve and scott

I like how the one guy is like "Hey just so you know, I have a hand tattoo....cool huh?"

Dude on the far left looks like a Russian wizard.