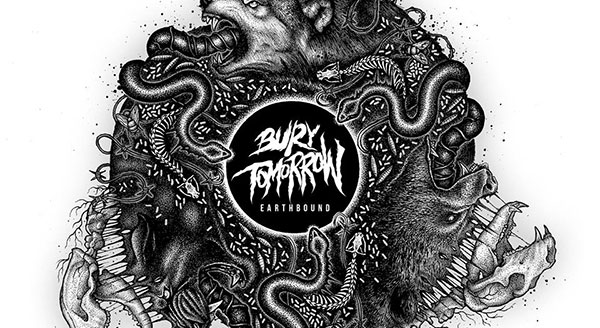 British melodic metalcore outfit Bury Tomorrow have announced plans to release their fourth studio album this winter. The new effort has been titled Earthbound and will hit streets on January 29 through Nuclear Blast Records. "To me, Earthbound feels like the distillation of everything we've ever wanted this band to be about," says frontman Dani Winter-Bates. "Our first three records are part of their own trilogy but this is Bury Tomorrow's record, we all see this as our chance to show people what we are capable of." "A big thing for us this time around was to get down to the real nitty gritty of what our fans wanted from us and how to give them without wasting a single second," he adds. "With Earthbound we wanted pace, we wanted heaviness, and for me, personally, I wanted to write a record which was the sonic embodiment of a circle pit. I think we've done that." A video for the album's title track can be viewed below.