All Shall Perish preparing to return? 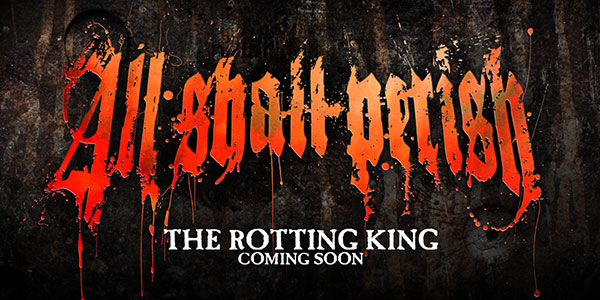 It's been roughly two years since we last heard from North California deathcore band All Shall Perish, dormant since the departure of frontman Eddie Hermida. While there were rumblings this past winter of a forthcoming album from the group, nothing ever materialized. However, it would be appear that something's now afoot as the band's official website was recently updated to display with the above graphic, teasing something called The Rotting King. Meanwhile, today MetalSucks claimed that spoke to a source at Nuclear Blast Records who confirmed that Lucas Durecki is now a member of the band, something that bassist Mike Tiner subsequently denied.


Related: All Shall Perish