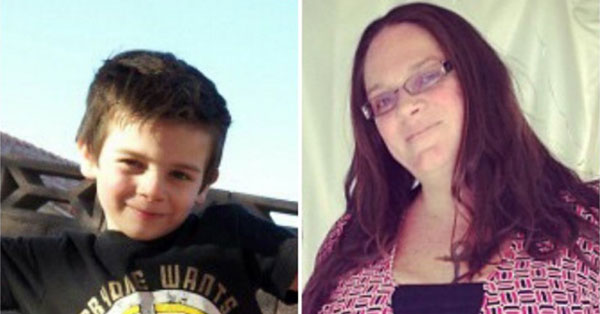 Joe Frankulin, guitarist of defunct Las Vegas, Nevada extreme metal band Goatlord, allegedly murdered two neighbors before killing himself on Friday, October 2. Frankulin fatally shot Jennifer Donoso, 39, a woman who lived two doors down from his house. He then took her 8-year-old son, Lex, back to his house and killed him before shooting himself, police said. According to the following, via the Las Vegas Review-Journal, Frankulin, age 47, was obviously troubled:
Joe Frankulin sold most of his possessions in the past few weeks and 'barricaded' his house, said the neighbor, who did not want to be identified Saturday. Police on Friday said that Frankulin's house was a 'mess' and street signs and boards covered the windows. The neighbor, who also identified the 47-year-old, didn't speculate about the 'plan', but said neighbors recently became 'wary' of Frankulin, whom they called 'skittish'. They knew something was wrong. Metro had been called to the house in the 7200 block of Hardtack Circle to check on him multiple times, the last time being about a week ago, neighbors said. Officers would use a bullhorn to get him to come out. The home had been owned by his mother, who died in 2007. A relative now owns the home.
A GoFundMe campaign has been launched to support the victims' family. Goatlord was active from 1985 until 1997, releasing two studio albums and several demos during that time. Notably, Napalm Death member Mitch Harris reportedly sang for the band briefly, circa 1991.