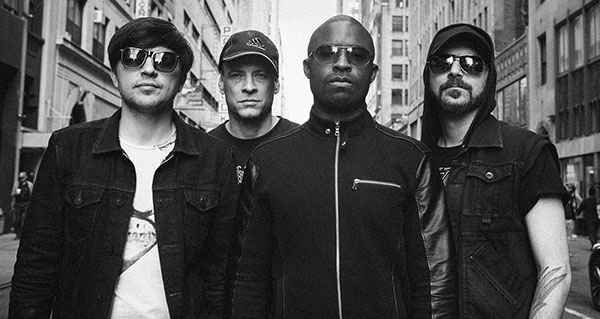 Official press release: Influential Brooklyn, NY metal progenitors Candiria have signed to Metal Blade Records. Since forming in 1992, Candiria has released seven full lengths albums, two EPs, and survived a serious van crash in 2002. Now, with a new record deal in place, Candiria is on course to release their first new full length since 2009's Kiss the Lie. Candiria's John LaMacchia comments: "The band is extremely excited to be a part of the Metal Blade family. We couldn't think of a better way to forge ahead with a new chapter in our career. We have a new album in the works and we definitely plan to hit the road in support of it. 2016 is going to be an amazing year for Candiria." Michael MacIvor adds: "Metal Blade have been at the forefront of extreme music since I was a kid. Just like Candiria, they have always pushed the boundaries of music, and have trusted their gut instincts. I can't think of a better place to call home for the future of Candiria. We are extremely happy to be a part of the Metal Blade family." Metal Blade Records CEO Brian Slagel comments: "I am really happy to welcome Candiria to the Metal Blade family! I have been a huge fan during their career and very excited to work with them." Candiria will be performing this Sunday, September 27th at Saint Vitus in Brooklyn, New York. Metal Injection has debuted a new mini-documentary about the band that is online now here. The video serves as a perfect introduction for the uninitiated, as well as a fresh take for old fans.