Vision of Disorder to release new album in November 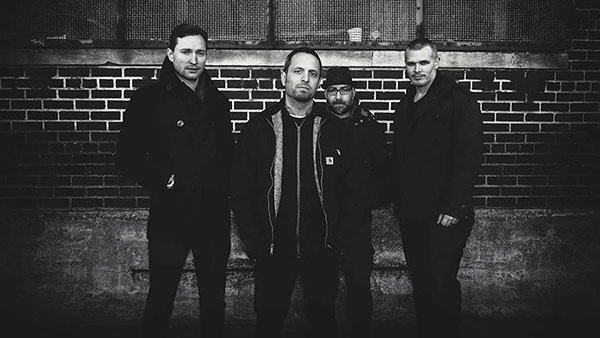 Official press release: Candlelight Records today confirms November 13 as the worldwide release date for Razed To The Ground, the new album from New York's Vision of Disorder. Produced by Zeuss (Hatebreed, Demon Hunter, Rob Zombie), it is the band's second recording for Candlelight Records. The band has confirmed a special November 14 Long Island performance at Revolution Music Hall in Amityville. Tickets for the show will go on sale Friday, September 18. Official pre-orders for Razed To The Ground are set to launch October 9. Recorded during July and August, Razed To The Ground contains ten hearty and provocative new songs from the hardcore luminaries. Vocalist Tim Williams notes, "we are very excited for our fans to hear this record. We believe it offers everything VOD does well. I am especially excited about the growth of the songs; the brutality, the melody, and the overall sound of the record." Bassist Mike Fleischmann adds, "as a band, Vision of Disorder strives to evolve musically with each album. Having Zeus as producer really allowed us to achieve that goal. Razed To The Ground contains some of this band's finest moments and we are extremely grateful to Candlelight that we have been given the opportunity to demonstrate that we are still at the top of our game." 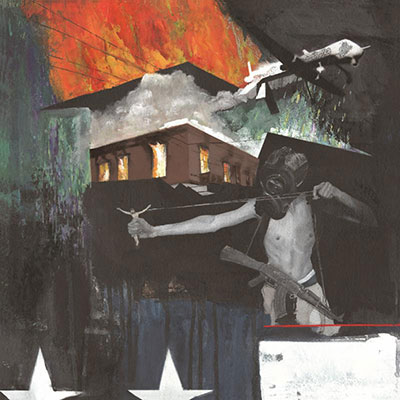 The album's first single, "Hours In Chaos," is set to premiere early October. Questioned about the song, Williams stated, "upon hearing the first riffs of the song, I knew it was gonna be a monster and needed strong vocals and lyrics to bring it where it needed to be. It is a song to awaken people to what is going on around them; the unrest, the guns, the utter disregard for human life. The world has become a dangerous place. I feel I have illustrated the feelings of anxiety and insecurity that is so prevalent today." Guitarist Mike Kennedy asserts, ""this song embodies everything that is VOD. Politically relevant and musically explosive, "Hours In Chaos" is one of the most raw and powerful tracks VOD has ever written. Lyrically, it is a stark reflection of the state of the world today. The frenetic pace of the song mirrors the chaos we see on the streets. The vilification of the police by media and citizens alike is simply the status quo today. 'Hours' shines a harsh spotlight on these events and the tragedies surrounding them." Razed To The Ground comes three years after the release of The Cursed Remain Cursed; the first newly recorded material by the band in over ten years. Media applauded the return; Metal Injection said, "to make a successful comeback album, a band needs to do two things - retain their signature sound and avoid regurgitating their past work. Vision of Disorder pulls this balancing act off brilliantly." Decibel Magazine asserts, "while it's been a generation since they've put out new material, old-school fans and new-school skeptics will be happy to know VOD has evolved without losing the distinct sound that first made them hardcore pioneers." Track listing for Razed To The Ground: 01. Heart Of Darkness 02. Hours In Chaos 03. Electric Sky 04. Razed To The Ground 05. The Craving 06. Cut My Teeth 07. Red On the Walls 08. Nightcrawler 09. Severed Wing 10. Amurdica: A Culture Of Violence