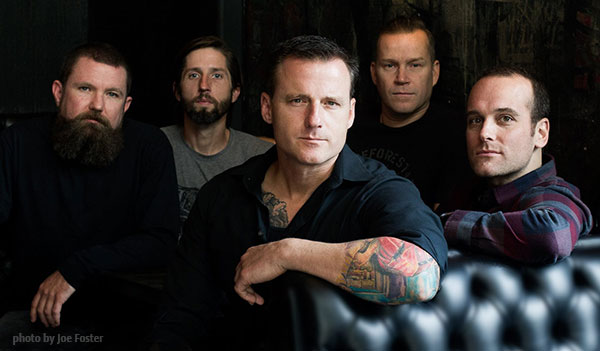 Official press release: Southern California's very own melodic hardcore-punk legends, Ignite, have just put the final touches on their brand new album, A War Against You, which is the long awaited follow-up to the 2006 album, Our Darkest Days. Both the band and Century Media Records are pleased to further announce that A War Against You will see a synced, worldwide release on January 8th, 2016. A War Against You will be released shortly before Ignite head out on the 2016 edition of the EMP Persistence Tour, in which Ignite will be performing as headliner. This amazing package also features label mates Terror, whom will be out supporting their own brand new album, The 25th Hour, as well as NYHC legends H20 and special guests, Iron Reagan, Twitching Tongues, Wisdom In Chains and Risk It.