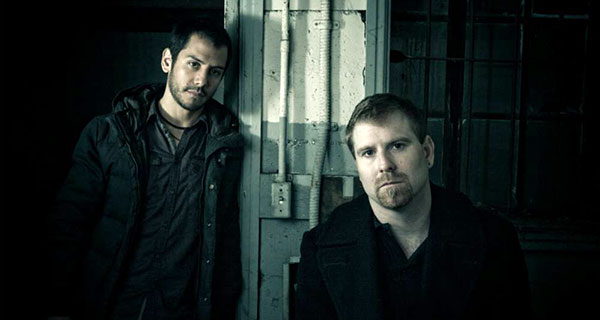 Yesterday, Cynic drummer and founding member Sean Reinert took to the band's official Facebook page to announce that the band would be breaking up. Reinert blamed "friction" and "conflicts" for the split. A few hours later, Cynic guitarist/vocalist and co-founder Paul Masvidal posted his own Facebook statement, in which says that he knew nothing of Reinert's decision, and that "Cynic will continue one way or another." Here were his remarks:
"Dear fans and friends, this is all news to me. I just landed from Japan and my inbox was exploding. Sean didn't confer with myself or Malone about Cynic's official breakup or the tour being cancelled. I'm honestly somewhat relieved it's finally over since it's been quite challenging over the years but I'm also trying to figure out how to possibly salvage this tour (with a new drummer) since the damage he's causing by pulling out at this last minute is inconceivable for me at the moment. Please share this message with friends or fans as Sean has taken me off our FB page so I can't access it at the moment. Love to you all. I apologize for the drama…but sometimes life gets messy. P.S. Cynic will continue one way or another."
Now, Reinert has returned to Facebook to accuse Masvidal of lying about his rights to the Cynic Facebook page (Reinert shared a photo of FB members' rights), and explain that Cynic, at least as fans know it, was done:
"Instead of playing into the 'tit for tat' game of trying to defend any accusations of unscrupulous behavior on my part, with regards to the split of Cynic (Paul and I: Two people, Not three) would be childish. But he's caught in a lie saying he can't post and I took over the page which is obviously not true. I'll leave it at that. I can't physically stop Paul from playing Cynic's music with other musicians, but it won't be Cynic, merely Paul playing Cynic songs with hired guns, which as stated he's wanted for a while. This isn't the way I wanted things to work out."
UPDATE: Reinert has now posted yet another Facebook message:
"I would just like to add one small thing and then just let the dust settle. When you are in a bad marriage you just get divorced…. You don't ask your spouse 'is it ok if we get a divorce, I'm not happy and this isn't working'? No you JUST DO IT. How this could 'come as news to me' and in the same paragraph say 'things have been quite challenging over the years'. Seems like it's been a possibility for years then, doesn't it? Would you stay in an abusive relationship business or otherwise?"