Underoath's Aaron Gillespie on exit from band: 'I was mentally sick' 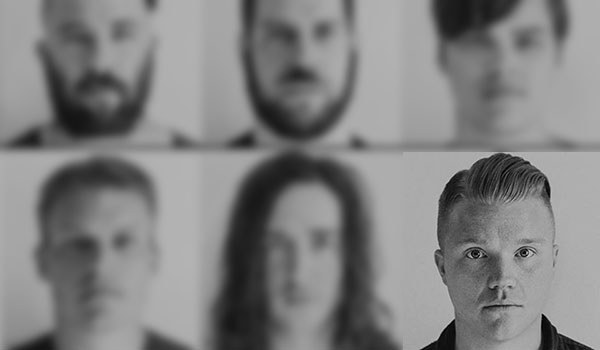 With their reunion tour now set to commence in March 2016, Underoath participated in the latest episode of the BadChristian podcast. Notably, Gillespie opened up about his sudden departure from the band in 2010:
"I was going through a lot of weird emotional shit. I needed to be medicated; I had this crazy anxiety. It's so weird to talk about now in my 30s, but I always thought something was wrong with me. So I just spent all of my time on tour with Underoath kinda' thinking I was dying or was sick, and it sounds funny to say, but I really made that a polarizing thing in my life. Like, 'These guys were out to get me and they think I'm an asshole,' and I was an asshole, to be frank. Looking back on it now, it's so childish and immaterial to what was happening when they were trying to help me all along. I was sick, like, mentally sick, and I know that sounds way dramatized, I have never really talked about this before."
Gillespie subsequently described the events that led up to his exit following a show in Milan, Italy:
"I just thought I was sick. I don't even remember what the hell it was; some bullshit disease that I dreamed up. I had just kept missing soundchecks and I would take a weird taxi to some strange-ass hospital. Tim [McTague, guitar] sat me down with everyone else and said, 'Dude, this is a selfish action.' I don't really remember the logistics of the conversation, or what exactly was said, but the reality of it was true. You know people always have that cheesy saying, 'The truth hurts,' and I was like, 'Shit, I'm pissed now.' Then I somehow rationalized in my brain that I was actually sick and actually had to leave, and I was like, 'Well, screw it, I'm done.' It was a really knee-jerk reaction for me. I guess I've never really given a correct answer, but the truth is that I was just mentally stupid. When I go back and think about it, it's just so strange."
McTague later explained that Gillespie wasn't the only source of issues:
"I remember the last conversation I had with Aaron as a member of Underoath, and it was so brutal. Looking back, it's all water under the bridge, but some of the things that were said were just… no one was acting right. And it was a lot easier to say the guy who has the actual 'problem' is the cause of all this, y'know?"
You can listen to the entire podcast here. [via Alternative Press]