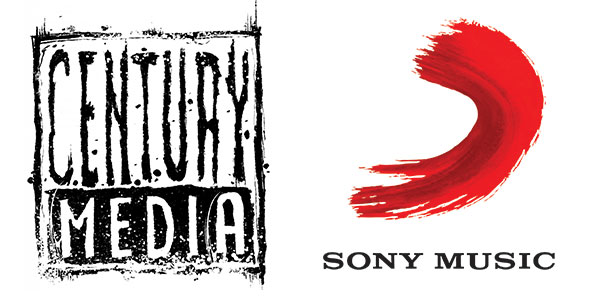 According to Music Business Worldwide, Century Media has been acquired by Sony Music in a deal reportedly worth $17 million. The independent metal label, founded in 1988, was apparently valued at somwehere between $15m and $20m, with a staff of more than 50 in two continents. In addition to Century Media Records, the acquisition seemingly includes other Century Media properties, including InsideOut Music and Magic Arts Publishing. Century Media Records, with its vast catalog, including releases from Lacuna Coil, Shadows Fall, Arch Enemy, Suicide Silence, and In This Moment, was reported to have been seeking a major label buyer early this year. UPDATE: A new report over at Billboard has provided additional details regarding the acquisition. The deal will see Century Media co-founder Robert Kampf serve as CEO of the Century group, while the label will still be distributed by RED in the United States. Meanwhile, Sony will handle international distribution. Billboard says that Century Media will become a wholly-owned subsidiary of Sony Music Entertainment, though according to their sources, the deal does not include Century Media's music publishing assets. "The company I founded over 25 years ago is moving into its strongest chapter yet with the best music company in the world, Sony Music," Kampf said in a statement. He added that the move will enable Century Media "to further grow... as a dominant force in rock, prog, alternative and metal."